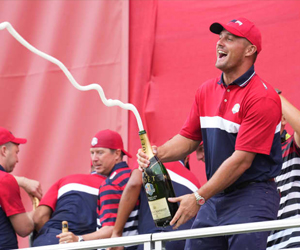 It was exactly 4 months ago that the eyes of the golfing world were all on Team USA in the Ryder Cup at Whistling Straights and boy did they perform winning 19-9 over the Europeans. Fast forward and those 12 US players have played 37 times in PGA Tour events without 1 win to their names.

Back in September, you would have gotten long odds on all 12 players being winless as we come into this week’s event The Farmers Insurance Open at Torrey Pines.

Obviously, this isn’t going to last, you can argue that it was a long year with a lot of golf packed into a short period and after the Ryder Cup, the players were just physically and mentally exhausted.

But then the Europeans had played in all the same events and Rory Mcilroy and Viktor Hovland have both won on the PGA Tour in that time.

How many times have we seen a player win then the following week he misses the cut? It happened to Cam Smith he shot -34 in the Sentry of Champions event and then missed the cut in the Sony Open the week after.

A win in an event, and especially an event with the magnitude of the Ryder Cup brings distractions that inevitability results in a short-term decline in performance.

How long will it last? That is the big question.

I just have a feeling Torrey Pines this week may see an end to the drought for 1 of team USA’s players…….

The Longest Hangover Ever…

It was exactly 4 months ago that the eyes of the golfing world were all on Team USA in the Ryder Cup at Whistling Straights […]
Do you like it?0
0 Read more