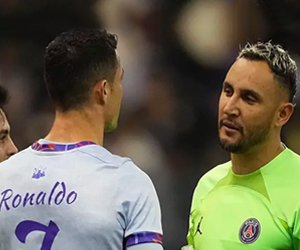 There could soon be a possible reunion of Keylor Navas with his former Real Madrid teammate Cristiano Ronaldo as news broke out of Al-Nassr-PSG talk being held in place.

After securing a $175 million-a-year acquisition of Ronaldo, the ambitious Arab club is eyeing for a new defense option after its first choice former Arsenal goalkeeper David Ospins succumbed to injuries.

Since Navas has only 18 months left on his contract with PSG, this could be a great opportunity for Al-Nassr to plot a transfer bid for this three times Champions League winner to bolster its defense this season.

The 36-year-old goalie had shared the stage with Ronaldo for four years from 2014 to 2018 at the Bernabeu, bagging four Champions League trophies in four finals. According to some reports, for a £3.5 million swap from Paris to Riyad, he could potentially be reunited again with his former RM right-winger this season.

And if that becomes a reality, the Costa Rican star will pave the way for more international stars to come play in the desert peninsula in the coming years.

After a 3-1 Coupe de France victory over at the Chateauroux, Navas has made, in total, only one appearance for PSG this current season. This is because his spotlight was taken away right after the free transfer signing of Gianluigi Donnarumma in 2021 under the new leadership of Christophe Galtier.

In spite of the pair sharing the first spot under Pochettino, the capital club has decided to make Donnarumma its first choice of defense by the new boss. Hence the game time of Navas had slowly started to deteriorate, forcing him to look for other options as his contract with the French club is nearing to an end within a year and a half.

This makes a perfect opportunity for the Arabian club to bid for his transfer, securing the way for more European stars to join the Arab league in the future. A final deal might be struck as early as this week after the inauguration of the friendly exhibition match between PSG and the players from Al-Nassr and Al-Hilal.

With Ronaldo scoring two goals in the net of Paris Saint-Germain last night, the transfer of Navas from PSG to guard the nets of Arab is now more likely than ever, and the fans are excited to see the Middle East becoming the next big stage for hosting UEFA level football tournaments.

🚨 Al-Nassr want to recruit Keylor Navas this week after the serious injury of David Ospina. 🇸🇦

| Title: Possible Transfer of Keylor Navas to Ronaldo’s Al-Nassr as His PSG Contract Is Coming to an End
| Author: Trisita Aich
| Date: Jan 23, 2023

There could soon be a possible reunion of Keylor Navas with his former Real Madrid teammate Cristiano Ronaldo as news broke out of Al-Nassr-PSG talk being […]
Do you like it?0
0 Read more 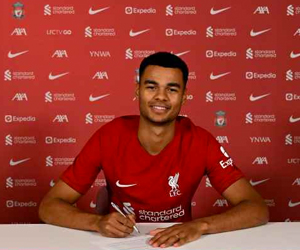 Liverpool has secured the transfer of the Dutch forward Cody Gakpo from PSV Eindhoven. According to the reports, Gekpo has sealed the deal with the club […]
Do you like it?0
0 Read more 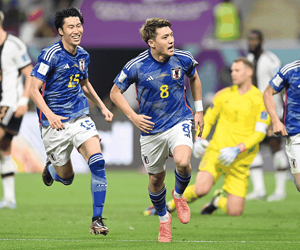 The Dutch team kicked off their World Cup 2022 journey against the African team Senegal with a 2-0 score in the Group A fixture at the […]
Do you like it?0
0 Read more
12
Next page