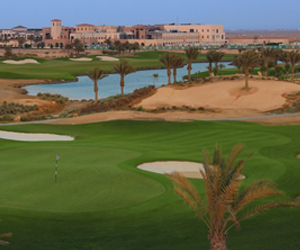 There is a disruption in the sports world that continues to brew within the Middle Eastern countries. We have seen Anthony Joshua avenge his defeat to Andy Ruiz Jr. in Diriyah, Saudi Arabia and the UFC host fights during the height of the pandemic in the UAE. Now within the world of golf, superstars like Bryson DeChambeau, Dustin Johnson, and Phil Mickelson tee off at the Royal Greens Golf and Country Club in Saudi Arabia.

Similarly to their athletic counterparts in combat sports, golfers such as the three mentioned will receive an appearance fee ranging from $2 to $10 million. This is cash that they will earn simply for attending. That is wild! For one, the PGA Tour does not allow appearance fees for tournaments.

Yes, there are loopholes. Sponsors can offer compensation to athletes so they will perform at a given tournament, or donors can essentially host top golfers and offer monetary value for their participation. But by the letter of the law and the definition as given, these stars will receive a check unlike any they have received before.

For proper context, the following grand prizes are awarded for golf’s most prestigious majors: The Masters – $11.5 million, The Open – $11.5 million, US Open – $12.5 Million and the PGA Championship – $12 million.

While the ‘who’ and ‘how many’ are not confirmed in regards to the top of the payout list for the $10 million dollar appearance fees, it’s fair to assume that Bryson DeChambeau, Dustin Johnson, and Phil Mickelson are on that list. This means that simply for attending and participating, they will walk away with 80% to 87% as much as they would have earned if they had won a major.

It’s important for sports fans to recognize that these types of shifts are not going anywhere. Saudi Arabia, among the other Middle Eastern countries, have proven that they are more than willing to shell out the resources necessary to be a major player within this space and this is yet another example of that.

Beyond feeling threatened by the professional encroachment, many in North America are disturbed with the idea of top athletes performing in countries like Saudi Arabia because of the historical knowledge behind human rights violations that are present. It’s understandable that some are concerned with the knowledge that individuals are willing to ‘look the other way’ in regards to earning potential.

There is a disruption in the sports world that continues to brew within the Middle Eastern countries. We have seen Anthony Joshua avenge his defeat […]
Do you like it?0
0 Read more