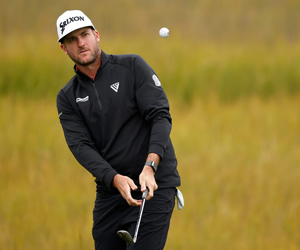 The Unofficial start of the 2023 PGA TOUR Season (the 10th Event of the actual season) is upon us as last year’s winners head to Kapalua in Hawaii to compete in the Sentry Tournament of Champions.

The Plantation Course is the site of the event, which features 39 players who either won a tour event last year or qualified for the Tour Championship.

This is the first event that will feature the new 2023 elevated purses, at 17 total events. The golf course was the easiest that these guys played last year, with a scoring average of 4.783 under par.

The Tournament kicked off today, and as of this writing, Mackenzie Hughes, -6, is the leader by one over Shemus Power, -5, through 14 holes. The golf course is currently proving to be as easy as expected for these guys.

This tournament features fan favorite Will Zalatoris making his first start since the BMW Championship, where he retired with a herniated disc in his back. Who is not there, may be a bigger story though, as Cam Smith, the defending champion, is not here due to his defection to LIV. He was -34 for the tournament last year.

Also not attending is Rory McIlroy.

Per the new PGA tour guidelines, these guys have the right to skip one of the 17 elevated tournaments, and this is the one that the defending Tour Champion has decided not to play.
This tournament does offer some insight into the upcoming season, however, as we get to see the first action for a lot of the big guns.

Jordan Speith is making his 2023 debut, and after winning the RBC last year he only had 2 top 10s. He is looking to find his form for the upcoming year. Jon Rahm is also here, and he set a 72-hole tournament record with 32 birdies here last year, he was the betting favorite going into the tournament.

Other exciting names to keep an eye on include 2 time Sentry Champion, Justin Thomas, world #2 Scottie Scheffler, Patrick Cantlay, Xander Schauffele, and, Tony Finau are all making their debuts for the 2023 calendar year.

This group of American studs rounds out the best bets to win this tournament, but two Korean studs are also in the field. Tom Kim is here and he may be the most electric man on the tour, also joining him is his opposite Sungjae Im, who has garnered a ton of betting interest.

This should be a fun tournament that kicks off the real portion of the 2023 PGA Tour Season, and sets us off on the Hawaii and California swing.

The Unofficial start of the 2023 PGA TOUR Season (the 10th Event of the actual season) is upon us as last year’s winners head to Kapalua […]
Do you like it?0
0 Read more