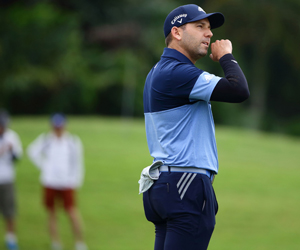 Sergio Garcia sent the golf world into a tizzy yesterday with his comments about the PGA tour and his intentions for his future.

The LIV Tour, backed by the Saudis and Greg Norman, has shaken up the status quo on the PGA tour for the better part of a year.

Yesterday Sergio was caught on a hot microphone telling a PGA tour rules official that he, “Can’t wait to leave this tour… Just a couple more weeks until I don’t have to deal with you anymore.”

Sergio had hit his drive over a creek into a hazard area on the 10th hole yesterday and was going to look for his ball. Before he crossed the creek the rules official started his 3-minute clock. Once Sergio found his ball, he was told that the time was passed and the ball is considered lost. That made the fiery Spaniard very angry. He made the above comments and has not backtracked on them.

The LIV Tour is making things at least a little difficult for the PGA tour at the moment. Guys like Phil Mickelson, Ian Poulter, and Adam Scott have made comments about the attraction of this lucrative tour. It makes sense for lower-level players who have some name recognition and former big-time players who probably cannot win on the PGA tour anymore to go get the big paydays while they are out there.

Sergio fits into that category of player. He is over 40, and despite still being one of the best ball strikers we have in golf, a chance to go make massive money in the twilight of your career seems like a no-brainer. The problem with this tour is going to be sustainability.

Will the money have the same desire to disrupt if the golf isn’t up to snuff?

The current wave of 20-something golfers is not going to go play in these events. The star power is going to be with the older guys. Sergio is a prime candidate to go over and play with these guys. I don’t think the PGA tour is going to miss him.

Sergio Garcia caught on a hot mic to a PGA Tour rules official: "I can't wait to leave this tour."

Sounds like the Spaniard is headed to LIV Golf.https://t.co/tsSJjIi5Y2 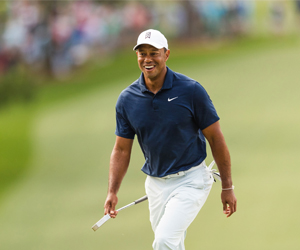 The 2022 Masters Tournament is upon us. The Birds are chirping, the patrons are out in full force, and Tiger Woods is going to try to […]
Do you like it?0
0 Read more 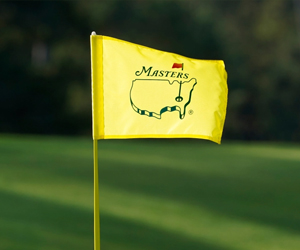 Just like every year, the Augusta National Golf Club is heating up with the anticipation of The Masters 2022, which is just a week away […]
Do you like it?0
0 Read more

There is a disruption in the sports world that continues to brew within the Middle Eastern countries. We have seen Anthony Joshua avenge his defeat […]
Do you like it?0
0 Read more
12
Next page